Some Highlights - The Kaleidoscope:

We've updated our book cover! It's quite a change, but overall it's also more in line with the feel and genre of the novel. The font was an incredible find and much more sci fi than Times Roman, the blueish smoke in the background is a nod to the spiritual elements of the story. The centerpiece was created with much care and time - the physical dimensional models are of a medical unit (beetle ID) encircled by several Shades of the Infinite Order. The decision to make the change was not easy, nor was the work simple to pull off. We hope to get all book covers online updated by the end of March. - 2017

The discussions and research related to writing continued from Vancouver, Canada (mid-lat year), to the Russian River, (post-election), to San Diego (for the holidays), and then to Kyoto, Japan (late February). I feel extremely happy and privileged in having been able to reconnect with so many friends and family on these travels. I'm thankful that all were safe, healthy, and in good spirits. There was so much to take notes on and I truly enjoyed listening to others' perspectives on my novel and predictions on future writings. - 2017

The number of online retailers selling The Kaleidoscope has increased. It was originally available only through Amazon and its affiliate Create Space, but then thankfully it was available at Barnes & Noble and Walmart, but as of December the number has grown! I listed most of the new sellers along the side panel of the main page. As an added bonus of availability, some of the links have more book retailers listed! - 2016

We cannot help but appreciate the love! Thank you Walmart for adding The Kaleidoscope to your books section! The fact that you made it available so fast was incredible. We are grateful for the opportunity to share the novel with an even a larger market than ever before. The Kaleidoscope by Adrian Mendoza is Now Available at Walmart. - 2016

The good folks over at Shades & Shadows (A Project of the Pasadena Art Council's Emerge Program) were incredibly welcoming and kind in inviting the author of, The Kaleidoscope to participate in an author reading. Follow the image link for more details - The event will be at the Bob Baker Marionette Theater in Los Angeles on Saturday, May 21st from 7:30 pm - 10:00 pm. - 2016

The largest hacker convention in the world (DEF CON) has assigned, The Kaleidoscope as homework to better understand this year's theme, "Rise of the Machines". It is an honor to be listed along such favorites in the genre of transhumanism (h+) and the inevitable technological singularity. Also, main revision/restructuring of the novel complete - it's now at approximately 280 pages! Thankfully, I've had editors/beta-readers that were willing to call me out on any issues - 2016

Blogger Alice Boyd at Bristol University's, That's What She Said Magazine listed, The Kaleidoscope as a summer read recommendation under their "Non-White Leads" category. It was truly an honor to be recognized for promoting diversity and feminism in science fiction. Also, I've decided to update the book cover and blurb but it'll have to wait until next year (I need an artist!) - 2015 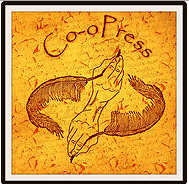 Happy to have become a member of and listed at Co-op Press! - Plenty of talented authors, editors, and other creatives arriving to the site every month. - 2015

The Kaleidoscope (a space opera sci fi novel) made the number one spot on New Hispanic Releases! - To think, a Chicano from Barrio Logan in San Diego, actually wrote a novel, and then had the audacity to self-publish! Selling worldwide via Amazon and its affiliates - global shot outs to new fans, friends, and social media connections - 2015

Not ashamed to admit I rushed a manuscript to print (late) December 2014! - Visionary, but in serious need of revision, coming in short of 500 pages even after some edits. The aim is to get as close to 300 pages as possible, but we'll see. - 2014 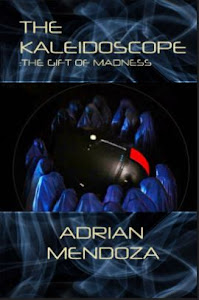 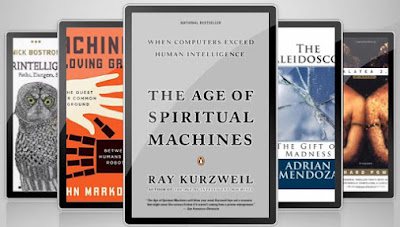